RUSH: The Politico has run a story highlighting the "cognitive decline" of Joe Biden. It's in PJ Media. "On the eve of his inauguration, Politico published an article that contains an anecdote that is actually quite disturbing. 'For higher-profile remarks, obsessively rehearse portions until he committed them to memory."

What this means is when Biden was supposed to make a speech that was really important in the campaign or wherever it happened -- if it was really important, like at a debate, for any high profile speech -- Biden took no chances. He "would obsessively rehearse ... until he committed to memory. And at times through the various iterations of outlining remarks, Biden could grow downright ornery.

"The aide explained that Biden had just said it in a public speech a couple of weeks earlier," and that that's why they put it in the speech. He had said it, but he had forgotten. Biden forgot that he had made this point two weeks ago. He's reaming out an underling. "I would never say that! Where'd you get this from?" The aide said (summarizing), "I'm sorry. You said it two weeks ago."

Now... "There are many troubling things about this story. Biden forgetting part of a stump speech is bad enough, but this is an incident that took place last year, but has only come out now. Biden's handlers kept it under wraps until now." Now they are free to let it out. Now they are free for Politico to run with this story. "How many other examples of Biden's cognitive decline from the 2020 campaign have been covered up?" 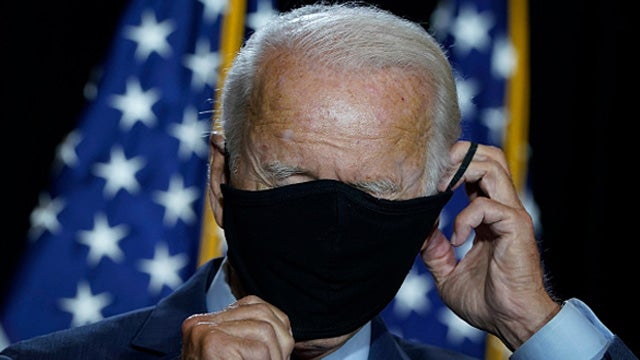 We have to think quite a few. Now, if this example was leaked to the media earlier, they didn't report on it. Obvious question, why not? Well, they were covering up for Biden. We don't need to delve deep into this. They were not reporting anything negative about Biden. But now they are. On the day before his inauguration. Well, on the day of his inauguration. Story actually ran in Politico, on January 20th they are now reporting on Biden's cognitive decline. Why? Politico got the memo. The election's over. Trump's out of office. So we're free. So we're free to report on Biden as we see fit.

And I guess Biden's cognitive decline is no longer taboo. The media can report it. Why? There's an answer. Kamala Harris is the answer. That's why. Get used to it, folks. You're gonna see a trickle at first. Stories about Biden's cognitive decline, the fact that his abilities to remember things, know where he is, that they actually have been on the wane, they actually have been increasing. The media is no longer is gonna cover them up. Has to be a reason. And there are many, but one of the main reasons is Kamala Harris. So keep a sharp eye.